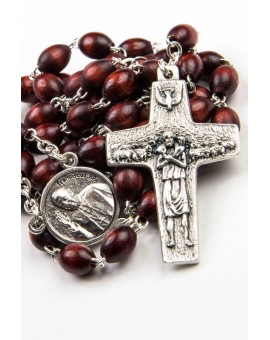 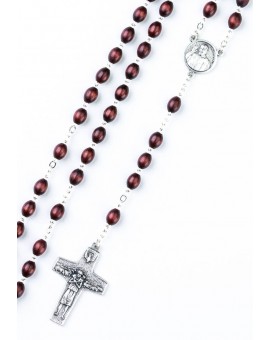 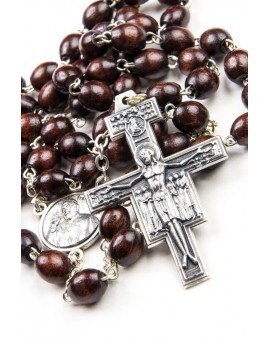 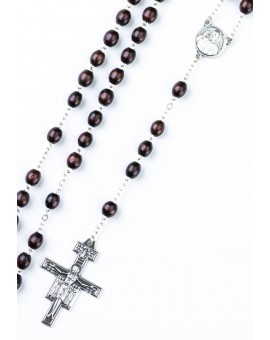 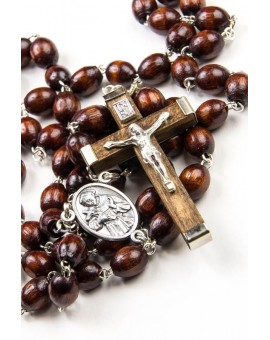 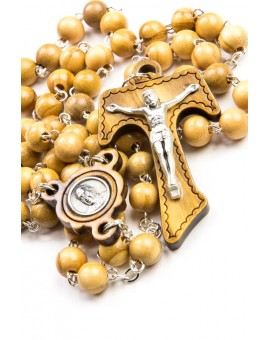 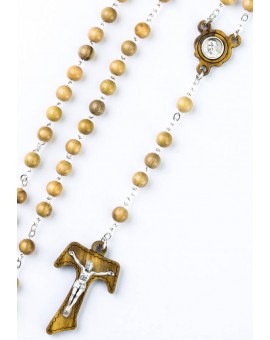 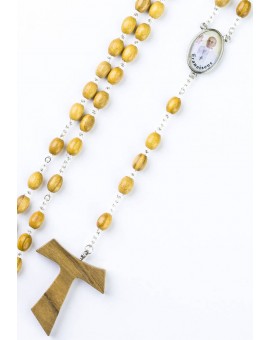 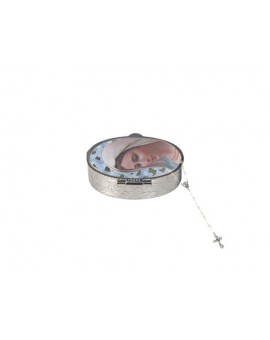 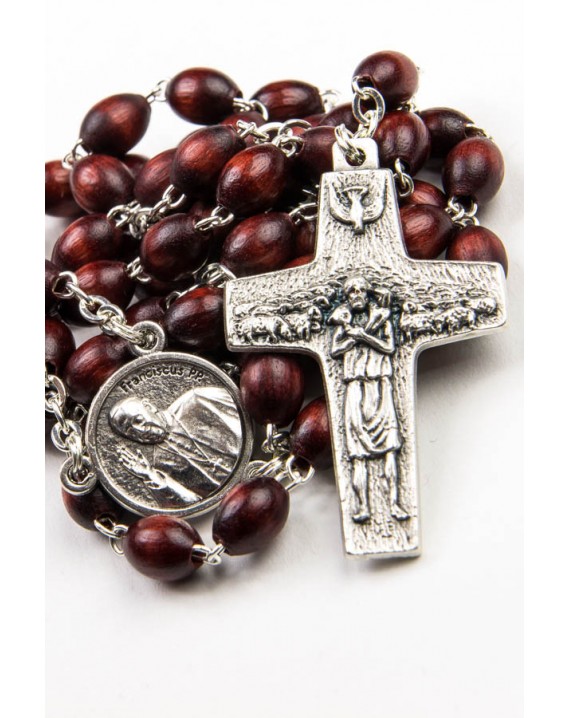 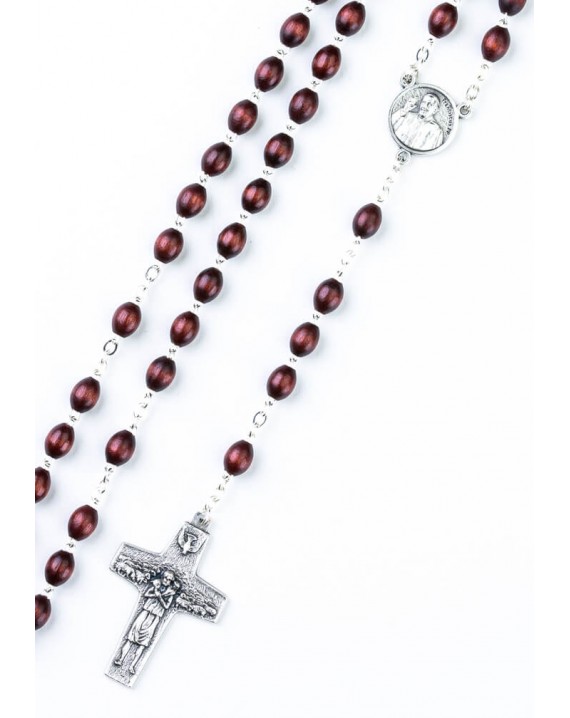 The Pope Francis Rosary, has the Pope medal as center and the Good Shepherd Crucfix. 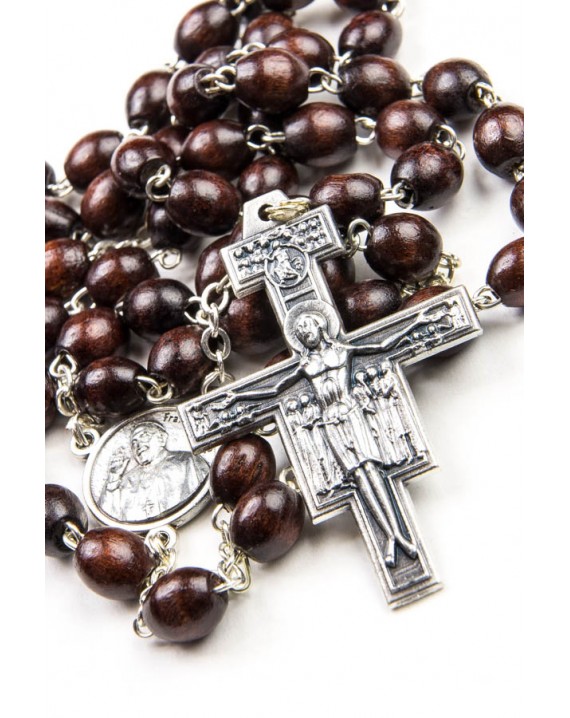 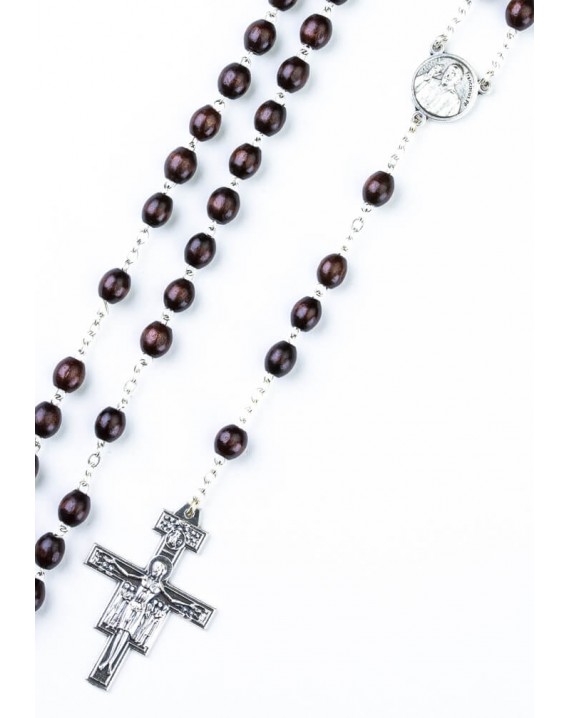 The Pope Francis Rosary, has the Pope medal as center and the St. Damian Crucfix.

The San Damiano crucifix is an ancient Byzantine-style crucifix, now kept in the Basilica of St. Clare in Assisi, Italy. The San Damiano crucifix is called an icon cross, because it contains pictures and symbols of people who have a part in the meaning of the Crucifix. It was the cross St. Francis of Assisi knelt before in the neglected and dilapidated St. Damian's Church where he was instructed three times by the voice of Christ directing him, “Francis, go and repair my house which you see is falling down.” 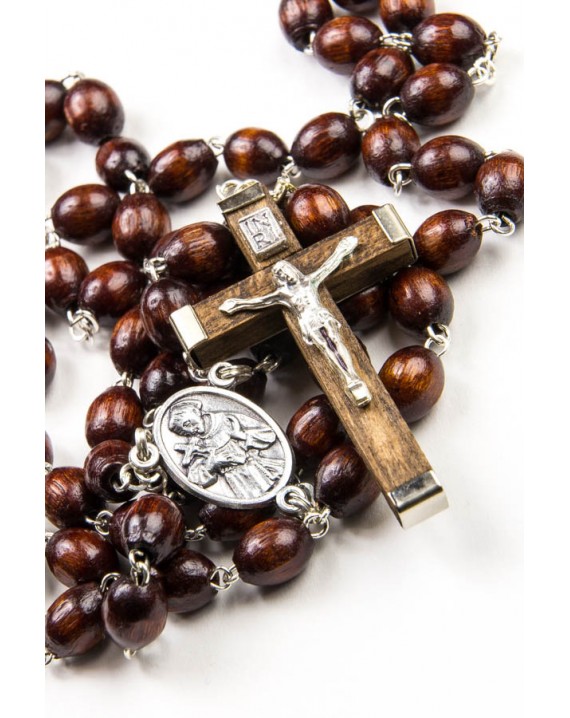 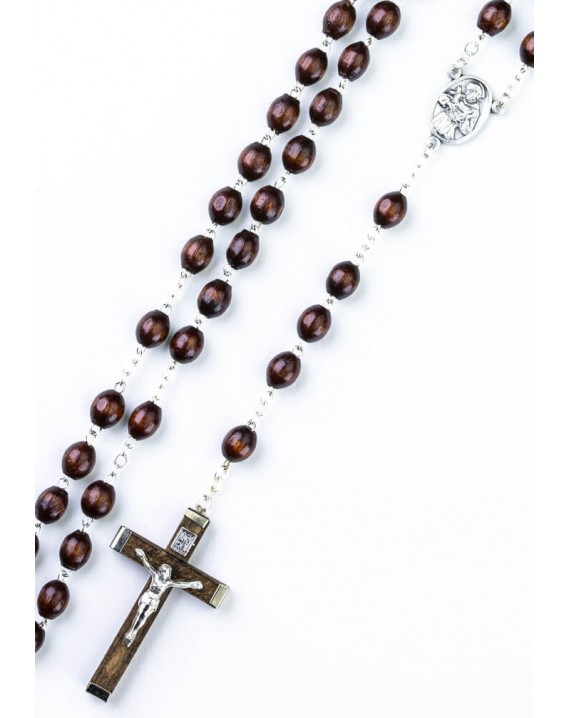 The classical Rosary in black wood. This Rosary has a beautiful Crucifix in wood and metal.

Rosary made in clear Glass beads, the Center has the image of Pope Francis on it. 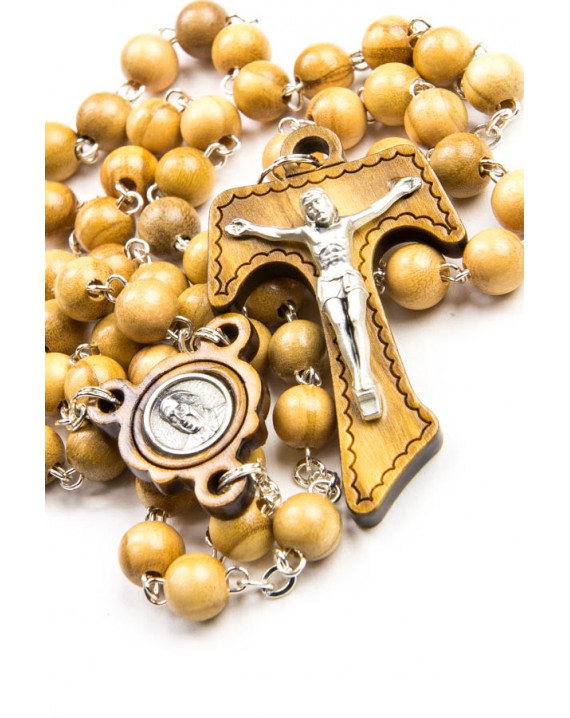 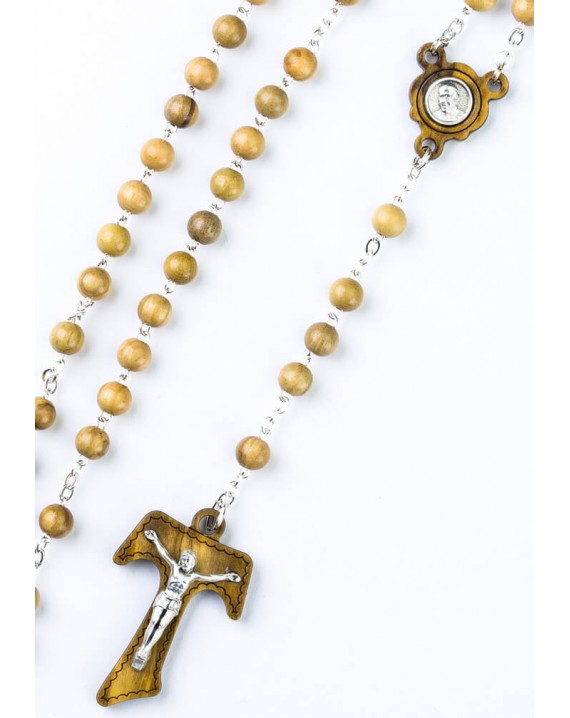 The Center has the medal of Pope Francis

At your request, we will bring it to receive the Blessing from the Holy Father

The Center has the picture of Pope Francis 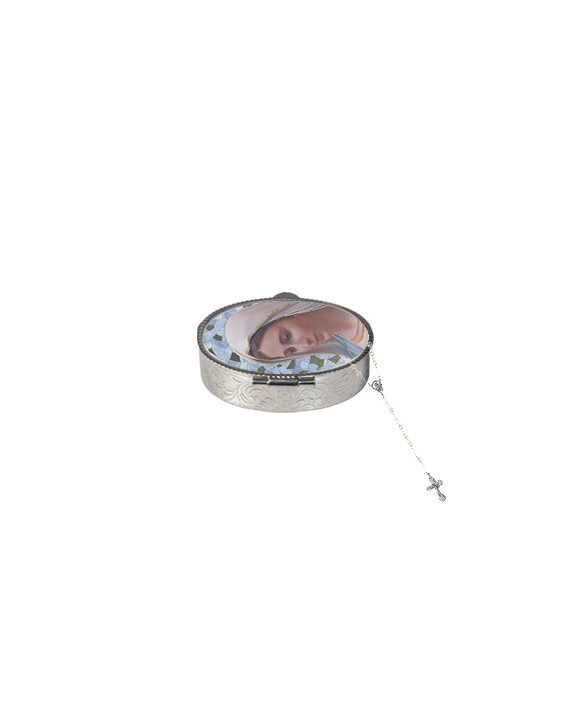 Rosary and Rosary Box in Metal

The Rosary Box has the image of the Virgin Mary on it.